British holding company The Hut Group has been making news lately thanks to a highly publicized IPO. What is The Hut Group? Who’s behind it? Today, we’re answering those questions as we go into detail on the company, its portfolio that includes 20+ DTC and retail brands in the beauty, fashion and supplement segments and how it aims to compete with Shopify.

Matthew Moulding and John Gallemore founded The Hut Group (today THG) in Manchester, England in 2004, initially selling CDs online. Fast forward to now and the business model is completely different, with the core purpose of direct-to-consumer sales the last vestige of the original iteration. Through its acquisition of dozens of DTC brands, CEO Moulding has built an industry titan with a global staff eclipsing 7000 and annual revenue topping EUR 1b. Last week’s IPO raised GBP 1.9b for THG and pushed the company’s total valuation to nearly EUR 6b.

At this place you will find external content of datawrapper.dwcdn.net, which completes the article. You can view it with one click.

From CDs to beauty

“Back in 2003, I bought my first CD online,” Moulding told the Manchester Evening News. “It was fundamentally so much cheaper that I decided to look into this as a business model for selling online.” Previously, Moulding had been active as CFO for cell phone shop operator Phones4U. Due to a lack of interest in a digital sales model, Moulding decided to pursue his own venture (Phones4U has since gone out of business). He began by investing GBP 500,000 and in 2004 The Hut Group started selling CDs, DVDs and other entertainment products online. Another service he and THG provide is a white label solution of his eCommerce technology for offline retailers of entertainment products streamlining the process of selling their goods online. 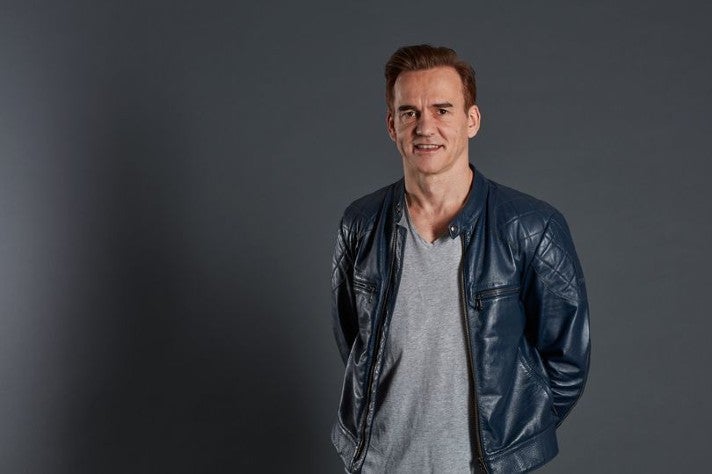 When the iPhone hit the market in 2007, Moulding quickly saw that despite profitability the THG business model was very vulnerable: “We were doing phenomenally with the entertainment business but when music became available digitally thanks to the iPhone and the likes, it started putting pressure on the margins,” he says. He went on to say that in order to “create a valuable business, staying in entertainment wasn’t the right thing to do as we knew we couldn’t compete with the likes of Apple, and as a result I started to look at what else would work online. We had the infrastructure – we just needed the right products.”

So Moulding began expanding the focus of THG’s business model, acquiring eCommerce companies and relocating them to his battle-tested tech platform. In 2009, THG bought the brands in the Zavvi portfolio, a popular UK chain for pop culture products and collectables from the world of film and comics. The grand rebrand came in 2010 with its acquisition of Lookfantastic which today is the world’s third-largest retailer of beauty products according to company figures. In his search for a new niche, Moulding identified the beauty and lifestyle sector as one with large margins and international scaling opportunities.

The following years saw THG drive growth through additional acquisitions to reach its current billion-dollar valuation. Two highlights include the 2011 acquisition of MyProtein and the 2017 takeover of German beauty box startup Glossybox. The former was an especially shrewd acquisition as the reported GBP 60m pricetag for the nutrition brand has paid off as MyProtein is responsible for nearly half of the holding’s total revenue. Additional acquisitions since 2010 include secondhand marketplace Preloved, beauty retailer SkinStore, UK cosmetics brand Espa, French haircare brand Christophe Robin and many more, all of which you can (find here).

The Spanish home page for MyProtein.

Credit to the rescue?

“To get into the sector you can’t just turn up in the industry and start supplying beauty products. To do that you have to either acquire your way in or spend many years building those relationships through retail stores, but we were in a far bigger hurry than that – so we bought in.” Today, THG runs more than 150 websites of DTC brands and retailers in the beauty, fashion and supplement sector. Through the combination of its own brands with DTC channels and additional retailers, such as Lookfantastic, which were able to amplify the presence of these brands to a broader audience, THG now sees itself as a modern, digital version of a personal care and beauty store, according to the company prospectus.

Such an aggressive acquisition strategy is hardly feasible strictly from cashflow alone. Initially, investors were skeptical of the company’s success. After a 100m round of funding via American global investment company KKR, among others, in 2014, there was a private equity round in 2017 that eclipsed EUR 136m. From 2017 to 2019, THG incurred EUR 2.4b in lines of credit to fund its expansion plans. In doing so, the company had more loans than capital through investors.

The lion’s share of THG’s revenue is generated in Europe (EUR 736m), but the rest of the world isn’t that far behind with EUR 500m annually, one reason for which being the global sales network of brands in the THG portfolio. MyProtein, Lookfantastic and even the oldest acquisition of them all Zavvi (today primarily active selling merchandise from series, films and games) all have websites in multiple languages. THG says it delivers goods through its own logistics center to 195 countries and views the internationalization of the company as a massive opportunity for further growth.

Evidence of the strategy at work can be seen in its current marketing efforts, where THG works with influencers around the globe to scale up its international business. THG has built its own influencer platform which it says already has 10,000 influencers for its own brands and for third party brands as well that are all bookable. The prospectus states that it has developed the tracking capabilities for coupon codes and uses the tool to measure global performance of influencer campaigns. In 2019, influencers generated nine percent of all revenue (which translates to approx. EUR 111m), which does not include the branding effects that influencers create for brands when they repeatedly show products to their followers.

In addition, THG is amassing its own reach on social media in the biggest markets for its own brands. Lookfantastic, for example, runs an Instagram channel for the UK, Germany, Spain, Singapore, France, Italy and Portugal to name a few. With localized content, which often overlaps, and reposts of influencer posts, THG is in the process of creating its own social media network for the brands in its portfolio—with varying degrees of success. The Lookfantastic account in our home market of Germany, for example, has poor engagement figures, proving once again successful brand building is not a one-size-fits-all proposition.

Is THG coming for Shopify?

Something else worth noting in the THG prospectus is another growth strategy that the company is poised to pursue in the coming years—the expansion of its tech solution “THG Ingenuity.” A SaaS, THG seeks to offer it as a holistic eCommerce solution that is in keeping with the THG playbook. According to THG, the service is primarily aimed at brands and companies who would like to scale their international direct-to-consumer business. “THG Ingenuity” offers a wide range of services from hosting and payment services to marketing measures for DTC brands. If that weren’t enough, there is also a translation and creative agency.

A THG visualization of its eCommerce solution

Thus, THG is positioning itself as a competitor to current high flyer Shopify from Canada. The shop provider is currently valued at USD 119b and is among one of the few “winners” of the COVID-19 pandemic. As many smaller merchants are searching for ways of getting their offerings online, Shopify is typically the first port of call. At present, THG customers primarily use individual portions of the tech solution (only hosting, only translation, only the influencer platform). However, that is set to change as the company is betting that more and more customers will take advantage of the full THG package. The prospectus says that 1000 customers currently use some combination of functions in “THG Ingenuity,” including Coca-Cola, Nestlé, Disney, Microsoft and Johnson & Johnson. Time will tell if companies really are willing to begin using the full range of THG service; the move has been touted as ambitious.

Growth for THG, which has also been helped by the pandemic, has followed a general trend. Many DTC brands, which in early 2020 were facing significant challenges, have found their collective footing. For many DTC brands, metrics have gotten a lot better, organic acquisition is way up, and paid acquisition has been way down,” Andrea Hippeau from US-VC Lerer Hippeau told Glossy. That prognosis has apparently helped attract investors previously skeptical of DTC endeavors, as many brands recently failed due to high acquisition costs and low resale prices.

By dovetailing the companies in its portfolio, THG says it’s been able to circumvent such challenges. The DTC brands of the company need not fund user acquisition costs alone, since retailers like Lookfantastic can deliver a first purchaser for a cosmetic brand. In the future, THG is looking to expand its margins further. THG hopes to begin producing cosmetics goods in its own facilities. which is one reason for the acquisition of beauty brand Acheson & Acheson in 2018. While there is no telling if the company’s ambitious plans will pay off, they figure to have raised some eyebrows among the competition.