Today, we're explaining why Clubhouse is now in everyone's feeds across the Fatherland

Anyone in Germany who is even remotely involved with marketing and digital communication, and who happened to be on either LinkedIn, Twitter or Instagram, in the last days was bombarded by a single topic: Clubhouse. Although the app’s been around for about a year and experienced a boom stateside a few months back, it skyrocketed to number 1 in the German app stores. But why is the app booming now? OMR took a closer look at the story, retracing its start and explains what role two German digital business podcasters played in its rapid rise in popularity in Germany.

“I’m new on Clubhouse, who else is here?” – “Does anyone have a spare invite?” Those of some of the typical posts that you’ll encounter pretty much anytime a new social media platform explodes, dominating everyone’s social feeds. This time we’re talking Clubhouse, a self-described “Drop in Audio App.” Currently only available on iOS devices and via invites (current members are allocated invites which they can distribute to whomever they chose). According to the founders, adding new users via an invite-only mechanism ensures that the app avoids being overloaded.

Between inspiration and triviality

Clubhouse is part virtual conference and part interactive podcast. Users can create rooms where they can communicate with other people simultaneously and in real-time via audio. Room hosts (moderators) may dictate who is a “speaker,” while scores more of people can follow along and listen to a discourse (some rooms draw visitors in the thousands). Everyone in the room can signal to the host that they would like to speak by raising their virtual hand.

At its best, Clubhouse recreates something akin to serendipity, a happy randomness, that you would encounter at a party, for example, when you find yourself drawn into an inspirational discussion; at its worst, it’s a drab industry panel discussion where no one has done their homework and everything is based on subjective perception and wholly lacks in substance.

According to the LinkedIn profiles of the two founders Paul Davison and Rohan Seth, the Alpha Exploration Company, the company behind Clubhouse, was founded in early 2020 in the states, where its quickly gained a following in the US tech and startup scenes. In April 2020, the first wave of enthusiastic VCs from Silicon Valley began firing off tweets about the app—although it had yet to be released officially. Shortly thereafter, Techcrunch runs an article on audio apps with Clubhouse leading the way.

Further adding to the hype are the illustrious individuals from the entertainment, media, fashion and digital sectors, who have been actively engaging on the platform. Dallas Maverick’s owner Mark Cuban, comedian/actor Kevin Hart, investor/actor Ashton Kutcher, fashion icon Virgil Abloh, as well as 90s popstar MC Hammer are among the first wave of celebrity Clubhouse members, not to mention a host of well-known venture capitalists, including Marc Andreessen from Andreessen Horowitz, one of the most renowned of all VC enterprises.

One year in and valued north of USD 100m

Last May Forbes reported that Andreessen Horowitz invested USD 10m in Clubhouse based on a 100m-valuation, in addition to paying the two founders an additional two million to acquire further shares from them. A couple of days later the New York Times profiled the app. Now, half a year later, Clubhouse figures to be worth much more than “just” 100m given the way the platform has evolved since then, as well as the current market trend where numerous tech companies have either massively increased their value and where highly profitable IPOs have been more rule than exception.

How did Clubhouse fare in Germany after the first boom stateside? After we ran an article in July 2020 profiling Clubhouse and the possible social audio boom, we added our name to the waiting list to be able to try out the Clubhouse app ourselves. Then nothing happened. No access was granted, nor were there any indications that Clubhouse would be gaining traction in Germany anytime soon.

The strict access criteria figures to explain that the app didn’t really generate awareness outside of a small group of people in Germany. Access to the app is still granted on a per-invite basis, each new member is only given two invites and can only receive more invites by engaging in certain activities (e.g. opening up chatrooms, etc.). Even though the founders continue to emphasize that they want to avoid overburdening the platform’s technical infrastructure, the severely limited access has leveraged FOMO into a major awareness bump.

Invites in the states are also in short supply and hot demand. In the Fatherland, if you do not have a direct connection to any big-time VCs, adding your name to a waiting list doesn’t seem to help much. the status quo remained until this month. “Right before the new year, I finally got my hands on an invite and immediately fell in love with the product,” said Philipp Gloeckler a couple of nights ago in the Clubhouse room that OMR founder Philipp Westermeyer had only recently set up. Gloeckler is a German digital entrepreneur, who has founded the sustainable online shop Avocado Store as well as developed a sharing app called “Why own it” among other things.

The 36-year-old has a weekly podcast that he co-hosts with digital consultant Philipp Klöckner entitled Doppelgänger (the name plays with the fact that Gloeckler and Klöckner are frequently confused for each other given that their names are quite similar.) The Doppelgänger pod deals with the latest developments, trends and news in the tech and digital sectors. 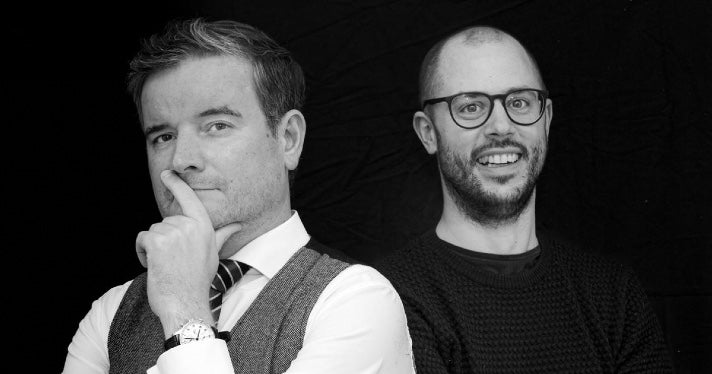 After publishing their most recent episode, the pair held a discussion with their podcast audience in Clubhouse. “We had roughly 12 people in attendance,” Gloeckler says – at the time there are only a scant few German users. Afterwards, Gloeckler ribs his co-host with the challenge to at least double the audience for the next appearance. Philipp Klöckner comes from German VC enterprise Rocket Internet, provides digital marketing and growth strategy consulting services to well-known enterprises and now he’s setting his sight on a Clubhouse growth hack to boost the Doppelgänger audience.

But how is he supposed to pull that off if they each only have a handful of invites to distribute, which would only lead to a bottleneck that would slow growth? Klöckner’s idea? Launch a Telegram group where everyone invited by the hosts is asked to give their invites to other Doppelgänger listeners and thus create exponential growth effects or at the very least to “deactivate the internal damping factor,” as Klöckner tweeted (in German).

The plan is pushed further by an additional Clubhouse function: To use the app, you must provide access to your iPhone contacts. If one of your contacts is already on the Clubhouse waiting list, the app occasionally allows users to select the contact from the waiting list, kind of like a bouncer smuggling in a friend past the line of people waiting, and grant them access without needing to use an invite.

A snowball spirals out of control

The plan pays off and Gloeckler and Klöckner are able to snowball users into the app. This led to our Editor-in-Chief Roland Eisenbrand getting sudden access. After a day of exploring the app, he sent OMR founder Philipp Westermeyer one of his two invites convinced that everyone at OMR should take a look at Clubhouse for themselves. The second code went to a member of our Podcast team. Through our additional two invites, plus the “bouncer” feature, we have been able to slowly add the majority of our team to Clubhouse (including some of our podcast hosts, like former German national team defender and World Cup winner Mats Hummels).

While this is going on, the Clubhouse hype in the German-language digital marketing and media scene begins to take on its own dynamic. When influencer, social media consultant and podcaster (“Baby got business”) Ann-Katrin Schmitz posts an Instagram story and a LinkedIn post to her 118,000 and 20,000 followers respectively referring to Clubhouse, the flurry snowballs into an avalanche. “Those posts increased the participants in our Telegram manyfold,” Klöckner said last Saturday in a Doppelgänger room on Clubhouse.

250 euro bucks for an invite

The Clubhouse hype heats up and invites to the app are now being sold on Ebay and Ebay Kleinanzeigen (akin to the German Craig’s list). When Westermeyer publishes a LinkedIn post on this phenomenon, it generates a similar amount of resonance as Ann-Katrin Schmitz’ posts did. The avalanche continues to surge. “It briefly clogged the marketplace,” says Philipp Klöckner. In the Doppelgänger Telegram group, invites have become rare, so Klöckner set up regional groups based on states in Germany (there are 16 Federal States in Germany) to alleviate the bottleneck that has ensued.

Furthermore, Klöckner published a tutorial on how to get your hands on a coveted invite to Clubhouse. As an SEO expert, Klöckner optimizes the article for the keyword combination “clubhouse invites”—within 48 hours, the article is the top search result on Google. As the search volume increases along with the interest in the platform, membership figures continue to grow. Klöckner said on Saturday in the Clubhouse room that the total number of users in the Doppelgänger telegram group is around 2000.

With the avalanche not relenting, Clubhouse reaches the tipping point in Germany, with scores of domestic influencers and celebs lured in by the unabating user figures and reach. The perfect storm results in Clubhouse vaulting from number 65 in the App store on Saturday night to number 3 on Sunday, number 2 on Monday. Since Tuesday, Clubhouse is at number 1 of the German app store.