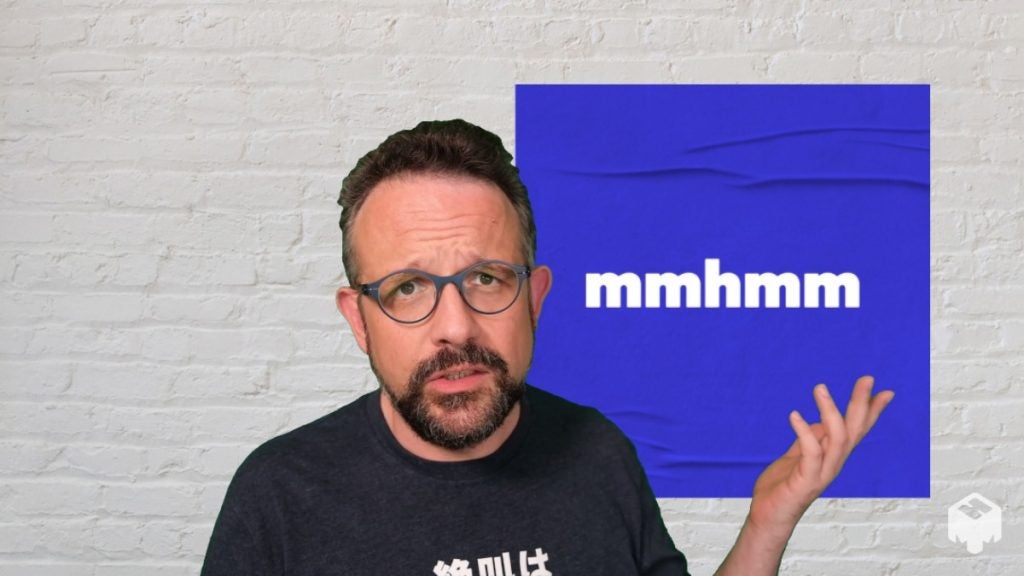 Next article: Time is running out! Apply now to attend Digital Masterclasses 2021

“It was the first time I had first seen people smile in a while.” As the pandemic drags on and we (in Europe at least) are still in lockdown, it’s easy to forget that times were scary last year. Fear slowly gave way to monotony and, eventually, cabin fever and frustration. What this week’s guest in the OMR Podcast, Phil Libin, ex-CEO at Evernote, was referring to with the afore-mentioned quote was the reception of his current project, video startup mmhmm. Launched as a way to make video less boring, it has amassed some USD 36m in funding in less than a year. Phil joined me on the OMR Podcast International this week, where he gave me the scoop on mmhmm, spoke at length about remote working, revenue generation for startups, how he came to be CEO despite a complete lack of formal training and looked back at his time at Evernote, dissecting growth strategies, the role of luck in Evernote’s rise and why he considers it his life’s work.

A green towel, Anthony Fauci and Insta pics from Japan

“It’s something that we really started working on as a joke,” says Phil Libin, CEO at mmhmm, in the OMR Podcast International. “Video was really boring, The sheer panic of the lockdown was replaced by tedium. All of our presentations were lame and our meetings ineffective.” To inject some new life and enthusiasm at a meeting, Phil fashioned his own green screen using a random green camping towel he had lying around. “I started projecting images onto it in Zoom, Anthony Fauci nodding disapprovingly behind me and then I wanted to show off my wacky Instagram photos from Japan. The light bulb moment came when I decided to project slides onto the screen and give a presentation this way,” Libin recalls.

For a joke product designed to recreate the feel of TV show presenters in video meetings, the strides Phil Libin and his team have made are no laughing matter. The team grew from 2 to 45 in less than a year, mmhmm exited beta on Mac in November and exited Windows beta on April 1st—also not a joke. Same goes for the USD 36m in funding from seed and Series A mmhmm generated and the resonance mmhmm has gotten from everyone who he’s presented. “I showed the product to some investor friends and told them it’s something we’re working on but not sure if we’re going to do anything with it. Every single person we showed it to wanted to buy it or invest in it.”

Phil’s happy to talk at length about many things, but he’s mum on user figures. “I made a decision. When I was at Evernote, we were extremely transparent about numbers. I vowed I would never do that again. Because it’s a trap,” says Phil. The reason for doing has less to do with not wanting to be transparent, but more to do with a lack of relevance for young startups in general. “Once you start [giving out numbers], you just have to keep doing it. No matter if the numbers are good or bad. At this early stage of a startup, it’s not important how many users there are, what is important is that the people using the product are getting a lot of value out of it.”

Speaking of Evernote: It’s safe to say that that is the project Phil is most well known for—at least up to this point, as Phil is quick to point out. The genesis of Evernote starts shortly after Phil sold his second company and was figuring out what exactly it was that he wanted to do. “We decided to do something with cognitive enhancement, aka a new definition of productivity. In my research, I came across the work of Stepan Pachikov, a brilliant inventor and entrepreneur. He had started a company a few years earlier doing a similar thing. I moved my team from Boston to California and we merged the two companies.” That merger became Evernote in 2007. Phil and Stepan were co-founders—along with 11 others.

The pursuit of cognitive prosthesis (memory enhancement) was never just another stop on Phil’s entrepreneurial journey. “I really wanted it to be my life’s work. I thought, ‘I don’t want to do anything else. This is what I want to do for the rest of my life,'” Phil says. At the time, smartphones were new, which Phil says he didn’t think people were using correctly, and there was a market for productivity enhancement products. “Our target audience was people who grokked to the idea of productivity. We made productivity as a category something that was cool and interesting again, which it had not been. Microsoft Office came around and then there was a 30-year lull.” With Evernote, however, Phil oversaw nearly a decade of advancements in productivity that established the topic in the mainstream. “There were pockets of productivity hacks here and there, but nothing that captured the attention of normal people, that said we can be smarter, we can be more productive, we can be better organized. That wasn’t a thing. That wasn’t a brand.”

Phil and I went on to talk about the name mmhmm (it broke all the rules for product names in his book), the pressure, if any, that he and the team feel to maximize the moment with mmhmm with regard to remote working, how he ended up becoming CEO despite a complete lack of formal training and a whole lot more. Check it all out right here.

Previous article: Don't get stuck in line: Apply for your spot at OMR's Digital Masterclasses 2021!

Oops, something has gone wrong.
Just confirm the mail and we'll send you regular updates.
Further reading on this topic
Scott Peterson February 22, 2021

“We started with a feature not a full solution,” Getsafe CEO Christian Wiens in the OMR Podcast

Seventh heaven: the story of how Gymshark bulked up to a billion-dollar DTC fitness brand

“We are the reference marketplace in Europe,” Cardmarket CEO Marko Schädlich in the OMR Podcast International