Who's coming to Hamburg this May

It’s speaking announcement day! For us, It’s one of the most exciting non-Festival days of the year for us at OMR. It officially kicks off the pre-Festival phase and we can finally see the OMR Festival coming into focus on the horizon. Today we’re thrilled to announce the first 14 speakers we’ll be welcoming to Hamburg on May 12 & 13.

Leading the way are Harvard branding guru, Anita Elberse, who’s the brain trust behind personal rebrands of a-listers stateside; arguably the most important figure in NYC sneaker culture, Ronnie Fieg, whose collabs and designs have helped him build a global sneaker empire; and the hosts of the biggest tech and business podcast in the World, Vox Media’s Pivot with Scott Galloway and Kara Swisher, delivering a live recording on the big stage at OMR20. Slowly, but surely, we’ll be announcing more and more speakers you can see on stage this coming May. Without further ado, meet the fabulous first 14. 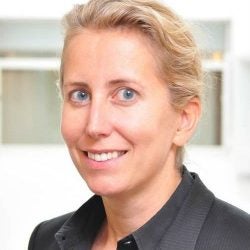 Former NBA Superstar Dwyane Wade, ski racer Lindsey Vonn, Rapper LL Cool J, R&B singer Ciara and former soccer star Oliver Kahn are among the illustrious grads of Anita Elberse’s Harvard Business School summer course. Originally hailing from the Netherlands, Elberse not only teaches students about the ins and outs of the entertainment industry, but also gives athletes, musicians and actors well-founded, actionable strategies to push their careers and establish themselves as a personal brand. Elberse is one of the youngest women ever to achieve a professorship at the world’s most prestigious university. At OMR20, she will deliver in-depth insights into the sport, media and entertainment industries to the 7K plus attending the Conference.

Tastemaker, multiplier, trendsetter—no matter how you label him, Ronnie Fieg knows and influences what the kids on the street like. He began his career purchasing goods in his cousin’s sporting goods store. While he was there, he landed a successful co-op with Asics. Soon after, he launched KITH, his own shop with several locations, where the young target audience regularly lines up around the block whenever the latest wares are dropped. As the “King of Collaborations,” Fieg has not only collaborated with logical partners like Nike, Adidas and Tommy Hilfiger, but also with Coca-Cola, the Jetsons and the Power Rangers.

As far back as 2003, Kara Swisher has been considered one of the savviest and most influential tech journalists in the US of A. Starting out at the Wall Street Journal, Kara met regularly with the biggest names in the industry and asked the critical, pressing questions of the day. Over the course of her impressive career, she has interviewed Bill Gates, Steve Jobs, Elon Musk and other absolute a-listers. Currently, she has made a name for herself as the host of “Recode Decode” (she co-founded tech site Recode) and still manages to find the time to co-host the world’s leading tech and business podcast, Vox Media’s Pivot, alongside Scott Galloway. You’d be hard-pressed to find anyone more qualified than Kara to break down tech anywhere. 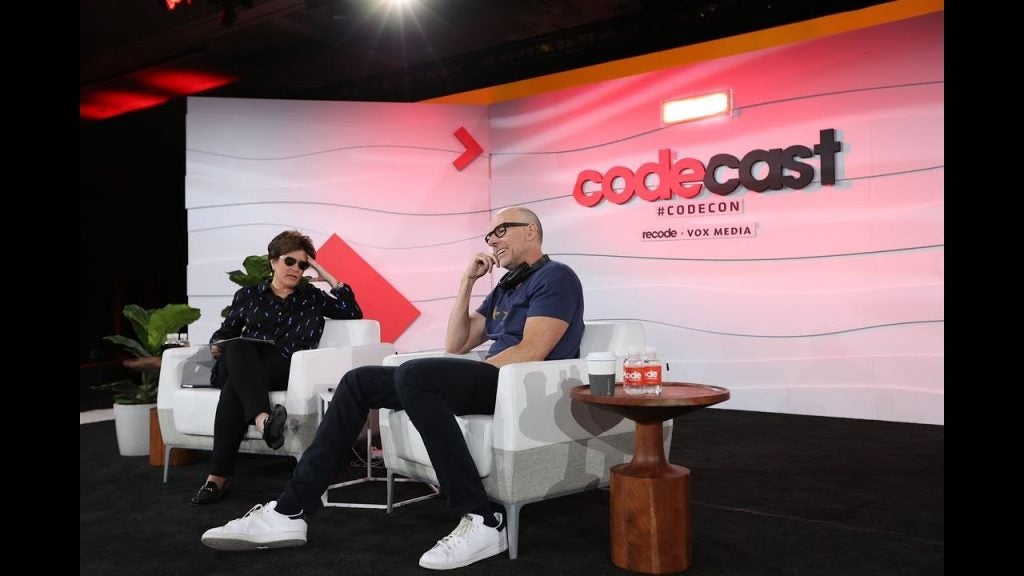 Face to face twice a week and once on the OMR Conference Stage: Scott Galloway and Kara Swisher.

When it comes to digital marketing, Scott Galloway has a knack for seeing what’s next before the market does. Cases in point: He accurately nailed WeWork’s unsuccessful IPO and Amazon’s successful takeover of WholeFoods. In addition to being a digital marketing clairvoyant, Scott is a professor of marketing at the NYU Stern School of Business, has founded and sold numerous successful businesses, the most recent of which he sold to market researcher Gartner. On top of all of that, he co-hosts one of the most popular tech and business podcasts on the planet in Pivot together with US tech journalist Kara Swisher.

Already ready to get your ticket? Then please by all means – right this way to the Festival site! 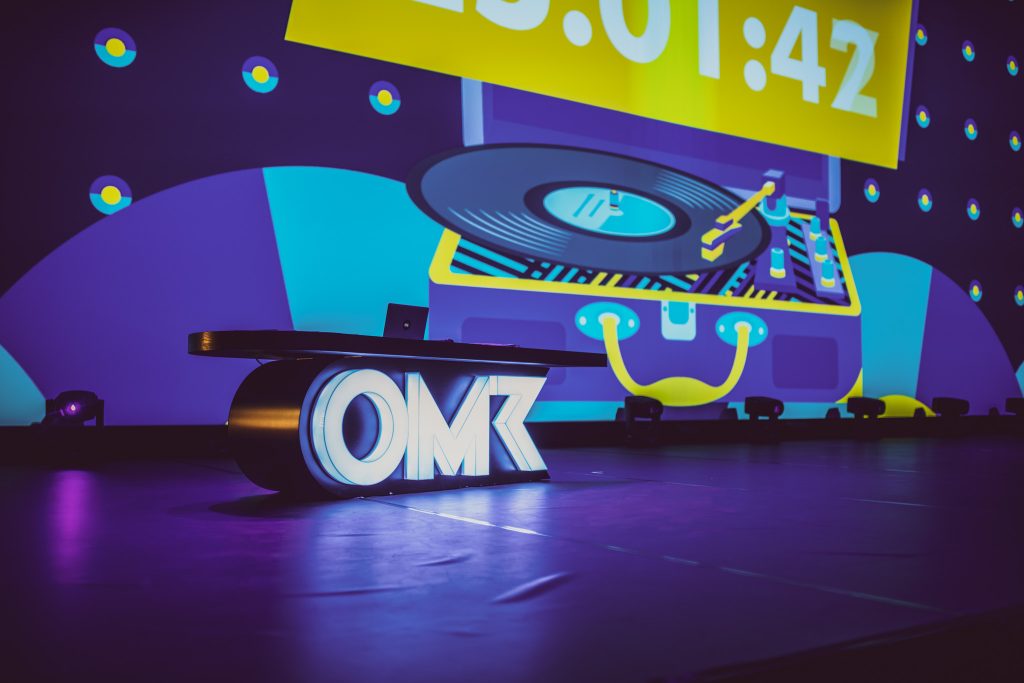 The quiet before the storm: The OMR Conference Stage will host some of the biggest names in the industry.

From cosmetics and publishing to politics and Peloton—The next 10

Dr. Barbara Sturm is the absolute shooting-star among skincare gurus. Her unique, science-based skincare products have catapulted her Molecular Cosmetics line to go-to status among international celebrities. Her boutiques and spas around the world provide her famous treatments to clients, while simultaneously educating them on skincare. At OMR20, Dr. Sturm will talk about her journey from orthopedic doctor in Germany, to globally recognized skincare entrepreneur, and how she leveraged social media platforms and influencer campaigns to build her brand.

More unique users than Forbes, Bloomberg and the Wall Street Journal: Business Insider has the largest reach of any financial publication in the US. The brand was built from the ground up by former financial analyst Henry Blodget. After the dot.com bubble burst, Blodget masterminded Business Insider’s rise to profitability through the use of clever traffic levers. In 2015, Axel Springer acquired BI for nearly EUR 300 million. Blodget recently released his latest growth targets: within the next five years, the number of paying subscribers is to increase five-fold: from 200,000 to a million, while the number of monthly uniques is to exceed 1 billion from the current 375 million.

Usually, fintech fill their CMO posts with performance marketers. Not so at Stockholm-based payment provider Klarna, where David Sandström has led the marketing efforts since April 2017. Prior to joining Klarna, Sandström was CEO and partner at Stockholm digital agency DBB. The very same agency that launched the now legendary “Smoooth” campaign in 2016, gave Klarna its new plush pastel look and turned a relatively unknown service provider into a lifestyle product with hip testimonials by hip-hop legend Snoop Dogg.

She’s been dubbed the “Political Ninja”–a very apt description if you’re familiar with Jess Morales Rocketto. She’s one of the most restless activists you’ll find anywhere in the states and was named to Time magazine’s 100 Next List in 2019 as a result. As Political Director of the National Domestic Workers Alliance, it’s her goal to improve working conditions for vulnerable workers. As co-chair of the NGO “Families Belong Together,” she fights for immigrants whose families have been separated through deportations. AND: she’s co-founder of the initiative “Supermajority,” which is dedicated to mobilizing women voters ahead of the upcoming 2020 US Presidential Elections. Morales Rocketto has unfinished business with the current occupant of the White House—she cut her political teeth as the Director of Digital Organizing for the Clinton campaign in 2016.

At the beginning of Tech for Campaigns, Jessica Alter and two tech entrepreneurial friends, all of whom were upset at the polarized political situation in the USA, asked themselves a simple question: Is there a smarter way of becoming politically engaged beyond investing time and money? What if people like themselves—experts for web development, big data, social media and marketing—applied their professional skill sets? In less than three years, the group has transformed into an organization of 10,000 volunteers, who have to date supported hundreds of political campaigns with top-quality websites, ad strategies and fundraising tools.

It was one of the most-anticipated tech IPOs of 2019 in the states: Peloton Interactive collected a cool USD 1.2 billion on its IPO in September 2019. The company mission is to provide fitness studio-style courses right in the comfort of users’ homes via interactive, livestreamed courses on connected bikes. Acquiring a Peloton bike is a bit of an investment: each bike itself costs a minimum of EUR 2300, plus a monthly membership fee. The fact that Peloton has acquired over half of a million users thus far despite the hefty price tag can be attributed to founder and CEO John Foley. The Harvard grad previously headed up the eReader division Nook at US bookstore chain Barnes & Noble Nook. With Peloton, Foley turned his hobby into his primary profession.

If you’re looking for the poster child for the power and potential of fashion hypes, look no further than Josh Luber. In 2016, he founded resale platform StockX in 2016 with three friends. On it, rare shoes and clothing items are traded–mostly those that are sold out and discontinued. StockX now enjoys its status as unicorn and Josh is planning on transforming the retail market with “IPOs” for shoes. He’ll spell out the plan at OMR20.

We in the OMR office are (nearly) all long-time subscribers of the US newsletter “The Hustle.” Each and every day, interesting and humorously written updates on the latest business news pop up in our inboxes—and in those of the over one million subscribers worldwide. Sam Parr is the man behind the company that leverages mailings into a steadily growing paid content and event business. Mission 2025: eclipsing USD 100 million in revenue.

Programmatic Trading Manager for EMEA, at BBC Global News; Emily is responsible for the development of programmatic advertising across the portfolio of BBC properties represented by Global News Limited, as well as focusing on global strategy. Prior to the BBC, Emily has worked at Google, The Guardian and has run a start-up advertising agency.

For the past decade plus, Zak Normandin has been shaking up the consumer goods industry. Although engineering was his original calling, Normandin founded Little Duck, a brand for healthy children’s snacks after his second child was born in 2009. Then came his wellness lemonade brand Dirty Lemon, which runs for USD 45 to 65 per six pack and is primarily sold via SMS orders. So far, some 2 million bottles of Dirty Lemon have been sold. Most recently Normandin founded a holding company, Iris Nova, who not only counts Dirty Lemon as one of its holdings, but also a variety of other beverage trademarks. Since 2018, Coca-Cola has had a minority stake in Iris Nova.