Back from the dead? Vine, Winamp and Motorola Razr are betting on nostalgia in comeback effort

These companies, once dead, are planning their comeback in 2019. Here's how.

Sometimes massive companies, international digital behemoths, who’ve become an irreplaceable part of our daily lives, just disappear. Go by the wayside, never to be heard from again. Names like Winamp, the preferred MP3 player for millions around the world in the 2000s, or Vine, the short video service, snatched up by Twitter in 2012 for USD 30 million put to pasture in 2016? In 2019, these two are the latest “dead” companies and brands who’ve sought to bring back the glory days. Today, we’re taking a look back as we look forward.

After “Beauty and the Beast,” Disney is set to release a live-action remake of 90s animated classics “The Lion King” and “Aladdin;” Nintendo and Sony recently released iconic 90s gaming consoles; fashion brands like Ellesse, Fila and Champion stormed back on the marketplace; shoe brands like Adidas and Nike rebooted hit kicks from two decades ago. We are currently at peak rebirth with nostalgia a focal point of sales and marketing strategies. So if the gnarly 80s and fresh 90s are once again instrumental in determining pop culture, why shouldn’t digital brands, left for dead, get a crack at a second life?

Winamp sets its sights on Spotify

“It really whips the llamas ass.” That slogan greeted users ever since Winamp launched back in 1998. And man were there users. Lots and lots of users. In the early 2000s, anyone and everyone who wanted to listen to their (100% legal) MP3s or tune in to Internet radio used Winamp. Winamp was once one of the biggest programs around, leading AOL to pony up USD 80 million to buy Nullsoft, Winamp’s parent company, in 1999. In the mid-2000, Winamp slowly descended into oblivion as iTunes cornered the market. The final nail in the coffin was when streaming platforms like Spotify hit the market and wrested away the last reason for users to use the software. In 2013, AOL announced the end of Winamp—in 2014 it was sold to Belgian webradio platform Radionomy.

Now the Belgians are planning on relaunching the once ubiquitous IP. “There will be a completely new version next year, with the legacy of Winamp but a more complete listening experience,” Alexandre Saboundjian, CEO of Radionomoy, told Techcrunch. The new Winamp is said to be a platform for all audio services. He went on to say that “you can listen to the MP3s you may have at home, but also to the cloud, to podcasts, to streaming radio stations, to a playlist you perhaps have built.” Whether or not users will be able to run streaming services like Spotify or Apple Music on Winamp is not yet known; initial release is planned for desktop, iOS and Android.

A new version (6.0) figures to generate a significant amount of awareness as there are still 100 million active Winamp users—most of which are outside the US. When version 5.8 was released last October, traffic to winamp.com spiked, reaching 2.6 million visits that month alone according to analysis tool Similar Web. And even in the months preceding, traffic remained stabile at over 1 million visits per month. The active community coupled with general public interest should be more than enough to establish a critical mass—success it would seem solely dependent on if the product is up to snuff.

Vine back for a new Byte at the apple

Another high-profile demise is that of Vine—purchased by Twitter in 2012 for USD 30 million and discontinued in 2016. In its heyday, Shawn Mendes, Logan Paul and a host of others broke through on six-second video platform, before becoming household names on Instagram, Youtube, Twitch and Tik Tok, the latter of which has since usurped the throne for short-videos.

Ironically enough it was on Twitter that Vine co-founder Dom Hofman announced the rebirth of Vine—even if the name has changed to Byte (Twitter owns the Vine trademark). Details are scarce as only the logo and website are known at present. Still, Hofman can count on a certain degree of nostalgia with 78K people following Byte on Twitter after a mere four posts. Byte has yet to post on Instagram and still has 5K followers. Within a minute of the first beta launch in December 2018 500 users signed up for the Byte app.

Razr: The future of the flip phone?

Another vanquished king of the 2000s is the Motorola Razr V3. The super thin flip phone in an array of bright colors and two displays was an absolute must-have when it hit the market in 2004. According to internal figures, Motorala sold over 130 million phones worldwide—making it the best-selling cell phone of its kind all time. Success, however, came to a screeching halt in 2007. The launch of the iPhone was also the advent of a new age in cell phones—and flip phones plummeted from the highs of “must-have” to the lows of “why-do-I-still-have.” Motorola attempted to prolong the inevitable with Razr smartphones, but had little success.

Recently patent applications have surfaced depicting a brand new Motorola cell phone design. Just like with the original Razr, users can flip the phone shut in the middle. The difference now being that when you open the phone, there is a full-length touch screen instead of a screen and keyboard. “With the new technology, particularly foldable screens, I think you will see more and more innovation on our smartphone design,” Lenovo CEO Yang Yuanqing told Techradar. “So hopefully the Motorola Razr brand will be developed or realized very soon.” The rights to the brand are now owned by Chinese company Lenovo, who is known for bold devices. Having well-known brand like Razr as an ace in the hole could be a boon for jump starting the company’s floundering smartphone sales.

American Apparel from north of the border, eh?

A hit in the 2000s as an offline brand, American Apparel has been on life support of late. Digitalization plans and a brand makeover hope to lead AA back to its former heights in 2019 as digitization plans and a brand makeover are in the works and thus recapture its former glory. Up until just a few years ago, American Apparel was among the top names in hip fashion. AA had flagship stores in international metropolises and generated its share of attention with sexually charged billboards with porn stars. Many people bought from AA as the threads were somehow hip and simultaneously produced in fair conditions in the US. But after a host of sexual harassment allegations against founder Dov Charney led to his ouster and a later revelation that he embezzled funds destroyed the company image and brought about the company’s bankruptcy. 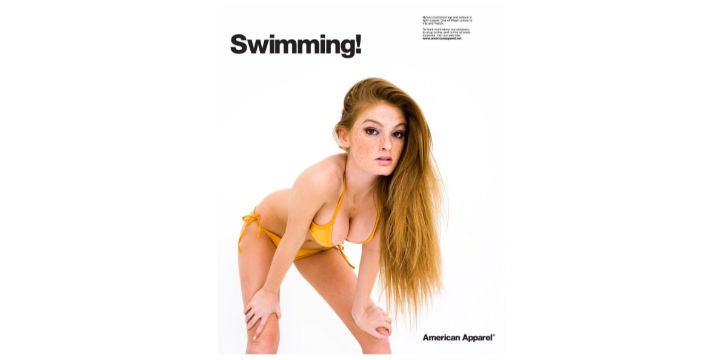 The brand never completely went away as filing for chapter 11 kept the LA-based brand on life support, but the brick-and-mortar shops around the world were shut down. Every single one. In 2017, Canadian brand Gildan Activewear acquired AA. Under new management, several things are set to change. First, the brand will no longer be directed at just the skinny, hip and predominantly photogenic white crowd, as plus sizes will be hitting shelves soon. Digital shelves, it should be said, as the gear will only be available online and the marketing campaigns are said to be more inclusionary and aimed at people of color as well. Another change is that while there will be “Made in USA” duds, there will be articles manufactured in other parts of the world—available for 20% less than the standard price. 2019 will be telling as to whether or not the concept has legs. The brand is still familiar among the fashion conscious and has 1.6 million followers on Instagram. Not the worst place to start nowadays.