Google is one of the most attractive companies to work for anywhere—and not just in the online sector. Jobs are sought-after and hard to come by, with about only 0.2% of all Google applicants landing a job. OMR talked to several long-time Google employees about their “path to Google” and got their suggestions for potential applicants.

The first point of contact for anyone seeking employment at Google is the company careers website, which has over 4000 open positions at the moment and is involved in every single application process. It’s quite common for existing employees to refer candidates for a job.

Present yourself in person at events 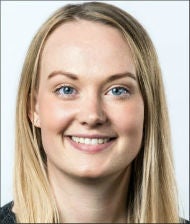 “I had just finished my Master’s degree in Berlin, when a fellow classmate, who had just started at Google, reached out to me and asked if I would be interested in working for Google,” says Annika Weckner, Team Lead Google Customer Solutions in Dublin, who has been active for the company since 2013. Robin Schulze, current Head of Search Specialists Central Europe, had just sold off a company he founded in 2013 when a friend of his recommended him to Google. “After the great interview experience I decided to not go back to consulting and instead went to work for Google in Dublin.”

If you don’t have a Google employee in your network, you can touch base with the company personally at events. Google has its own website that informs interested parties on company presences at events around the world. “My path to Google was via an alumni event for my MBA class at the Google offices in Munich,” says Elena Ritchie, who is currently employed at Google Berlin, where she manages retail clients. She began her career at Google in 2014 as an Account Manager in Dublin.

“Brainteaser questions are no longer common“

“After initial contact in Munich, the process went from there – phone interview, on-site interviews in Dublin, and lots of excitement about getting an answer in between,” says Ritchie. In total, the application process took about 2 months and seven talks. That is pretty much standard practice for the company: “The average application process lasts between 5 and 6 weeks,” says Stephen Stewart, Recruiter at Google in Dublin. 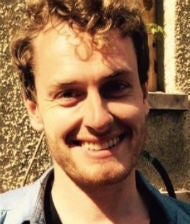 The difficult questions that pop up in job interviews for Google are legendary. “How many tennis balls fit into a school bus?” or “How many times a day do the hands on a clock overlap?” are said to have been asked of Google applicants in the USA. “I didn’t get any brain teaser questions; they are no longer commonplace at Google,” says Robin Schulze about his job interview. “But the analytical questions were definitely challenging. I was to sketch out a predictive model on marketing costs for the Google Automotive Team.”

What Google is looking for in applications

In Annika Weckner’s experience, Google expects applicants to present past experiences in a structured manner, and to derive hypothetical situations and solutions from these experiences. It’s all about job-relevant knowledge and, more broadly, about problem-solving and leadership. 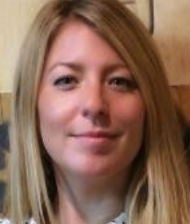 All three Googlers emphasized the importance of being prepared. “Google interviews can seem hard at times, but they offer a lot of preparation guidance and it is worth the effort to be part of the company,” says Elena Ritchie. “Also don’t forget to ask a lot of questions as well.“

Thinking you don’t fit into the mold of a typical Google employee should not keep you from applying. The company works hard to hire more women and workers of other ethnicities, publishes an annual “Diversity Report” and provides information about the status quo on a website. “When we say we want to build for everyone, we mean everyone. To do that well, we need a workforce that’s more representative of the users we serve,” according to the website. And that “Google is committed to creating a diverse and inclusive workforce.”

Are there additional characteristics that could increase the probability of getting your proverbial foot in the door at Google? The careers of the three Googlers we spoke to show that the company expects a high degree of flexibility. That begins with the place of employment. Google has numerous branches in Europe; in addition to its European HQ in Dublin, Google has offices in London, Paris, Hamburg, Berlin, Munich and Zurich. If you are hoping for a specific job, you need to be prepared to move.

Annika Weckner’s first Google job was in Dublin. “My original plan had been to pursue a PhD at my university and stay in marketing research but the idea of working for Google seemed very exciting, which is why I decided to go for it!” Since starting at Google, she has relocated between Dublin and Berlin multiple times.

It’s no rare occurrence for Googlers to change not only locations, but also teams during their career. Robin Schulze is now in his fifth role at the company. “I started as an Account Manager, but very quickly transitioned into an analyst role.” Then I began working as a product specialist for search. Today, Schulze manages the search team in Central Europe.

If you would like to begin a career at Google, you should see flexibility as a chance: “Google enables you to grow within the company and flourish in many teams and, in my case, different countries,” says Elena Ritchie. “I think that’s a huge benefit of working at Google. From Account Manager in Dublin, to Industry Manager in Berlin and back to Sales Manager in Dublin – there are always new opportunities to grow!“

Would you like to apply to Google? Here you’ll find all the positions currently open!

Roland has been active as a journalist in the digital industry for more than ten years. As second staff member and Head of Content at Online Marketing Rockstars, he is co-responsible for the development of the Online Marketing Rockstars event to a popular platform and a specialist publisher for the new generation. Before joining OMR, Roland worked for the marketing magazine ONEtoONE.

All Articles of Roland Eisenbrand