CEO Jennifer Baum-Minkus's built a successful brand thanks to a shrewd focus on timely trends, drops and community

It’s a crucial hurdle for most startups: overcoming a lack of budgetary resources. When it comes to cosmetics, that can be compensated if you are an influencer or have reach to leverage. Jennifer Baum-Minkus had neither the luxury of extensive financial means, nor any impactful reach to use as a springboard for her nail polish startup Gitti. What she did was focus on current in-vogue issues of sustainability and veganism, on community building and created hype via drops. OMR spoke to Baum-Minkus about her marketing and growth strategy, and she provided specifics on both, on how a failed deal was a blessing in disguise and how Gitti plans to ride a fresh injection of capital into new territory. 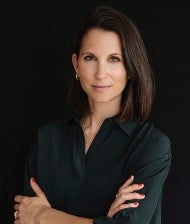 “A few years ago, I was having dinner with some friends in Berlin when they asked me what I would do if I had no fear of failure. I immediately said: sparkle polish,” Baum-Minkus told us. “I have spent the majority of my career working in the corporate world for massive companies, such as Coca Cola and Henkel. At some point, however, I noticed that something was amiss. So, in December 2017, I decided to quit.”

Without any experience as a founder, she set off to introduce a new kind of nail polish to the market. “Before I started Gitti I spent a considerable amount of time researching nail polish, what type of toxins are prevalent and how quickly they appear in the human body,” said Baum-Minkus. “Like so many others nowadays, I was transitioning to a more conscious lifestyle. At the time, however, there were no sustainable alternatives for nail polish, so I began compiling a list of criteria for my dream product. The process ended up taking a year and a half.” In 2019, she released her first collection of colors—entirely self-financed—under the name Gitti, named after her mother. They consist of up to 55-percent water and are odorless. The immediate returns showed that Baum-Minkus struck a nerve. “The first product launches in 2019 sold out regularly within 24 hours and the very first collection was gone in 2—even though it was intended to last throughout the year.”

Impressive as that is, how did Baum-Minkus manage to create the requisite awareness and hype in order to sell out so quickly? She recalls that during the 2019 business year they opened the online shop a total of nine times and generated over EUR 300k with an incurred marketing spend of less than five percent. The first factor figures to be Baum-Minkus’s dedication and openness as a first-time founder. From the drop, she was determined to establish a truly engaged community. “Gitti was powered by the community. I connected with my Instagram followers and included them on my journey, and they repaid me with numerous invaluable tips. At their core, my products are our products: a co-creation by my followers and me,” she says. “I was upfront from the start on Instagram on what I was doing and even shared the fuck ups along the way. It was a mini reality show.”

That little show of hers led to about 4600 followers on her personal Instagram account. She quickly redirected the burgeoning community to the Gitti account, which now has more than 50K. When the first collection launched, followers were only in the lower four-figure range, but they had been there for the bulk of the journey and as such we’re all the more invested in the project. One other thing Baum-Minkus did prior to launch: she convinced many of them, over one-fourth, to subscribe to her newsletter, where she would first communicate details on upcoming sales. “Before the maiden launch, I had over 1000 addresses in the mailing list—they were responsible for setting the shop on fire.”

Kick-starting the hype machine with drops

Three colors were featured in the first launch, which sold out primarily as a result of direct sales. It showed Baum-Minkus just how powerful an extended run-up to the launch on social media could be. We have covered the drop strategy at length in the past here at OMR, primarily on its role as a driver of success for streetwear and sneaker brands, such as Supreme, Nike & others (Here you can find our breakdown from two years ago). The core pillars of the strategy consist of a) repeatedly showing the product on social media to create desire, frequently communicate the time of the drop and then, importantly, limiting the amount of items available to elicit FOMO among the target group. The payoff is frequently selling out within minutes.

“I then decided to release seasonal collections via targeted drops. On our Instagram channel, we show how the new colors can be combined. Thus, when the drop drops, the shop is full,” she says. The strategy has the added plus of minimized marketing costs and, as we already said, made it feasible for her to only open her shop nine times in 2019. She now only drops seasonal collections, while the standard colors are permanently available in the shop. The current color du jour is turquoise from the summer collection. “We place a great deal of importance on our online shop. We want to be in close contact with our customers to better understand them and their needs. The biggest opportunity for brands is obtaining feedback from their clientele and to adjust their products accordingly,” she says. That is the reason why she only collaborates with a select group of partners and intends on continuing primarily as a DTC brand.

One deal fizzles out, another pops off

With the launch of the first collection in April 2019, Gitti profited from a major boost in awareness. “The initial hype helped catapult our growth on Instagram. Media outlets covered us, influencers blogged about us—all of it unpaid,” says the founder. By late 2019, Gitti’s Instagram followers swelled past 13,000 according to analysis tool Socialblade; by late August 2020, that figure topped 28,000. The biggest push, however, came from Baum-Minkus’ cameo in the German version of the Shark Tank (The Dragon’s Den in the UK), which in Germany is known as The Lion’s Den (“Die Höhle der Löwen”). The episode aired on August 31, 2020. “I thought I was prepared for anything and everything. I was wrong. We were inundated with press requests, customer numbers blew up and the community spiked as well,” she says. In the week following her TV appearance, Gitti Instagram followers grew by more than 50% with 16,000 subscribing.

In the show, all five sharks show their interest in an investment. Baum-Minkus decides on Dagmar Wöhrl and Judith Williams, who see the company’s valuation at EUR 3.75m and are keen to invest; the agreement fails to come to fruition. “The deal failed simply because both the potential investors and I got to a point where we both realized that it wasn’t a good fit,” says Baum-Minkus. Despite the fact that the Shark Tank deal never happened, Baum-Miknus announced her first round of seed funding shortly thereafter, through which Grazia Equity, Btov Partners and various business angels invest over EUR 3m in the company (link in German). “Before I appeared in the show, I was exploring ways of scaling up my vision. For the big breakthrough, I knew that I would need select partners for certain areas,” said Baum-Minkus. By putting together a mix of beauty and eCommerce experts in her investor pool, that is exactly what she has now achevied.

Further growth via influencers and a broad product portfolio

The 3m euro question after the influx of cash is, of course, how to invest the capital? “Currently our focus is on expanding our product portfolio, while continuing to embody the principles of the ‘Gitti Conscious Beauty’ name,” Baum-Minkus said. In addition to nail polish, there are more products in the pipeline, which will be unveiled in the coming weeks. To realize the potential of the new product lines, Baum-Minkus and Gitti will, of course, need another plan to stand out from the competition—the Instagram reach is not large enough to scale up further for additional growth. Therefore, Baum-Minkus told us that Gitti is now allocating funds for co-ops with influencers—especially female users with followers in the 30k to 50k range.

“We are currently analyzing which channels work best for us. Up to this point, our acquisition costs have been extremely low. Paid social and influencers are the most likely candidates for us,” she says. “Pinterest is ridiculous at the moment as far as growth is concerned and we are exploring what works on TikTok.” On Pinterest, Gitti has 1.5m monthly visitors to its pins. The Tiktok presence, however, is in its infancy with only 33 followers and 377 likes. Nevertheless, one of Gitti’s short videos has notched approximately 15,000 views—an encouraging sign as views are the most important KPI on the platform.

In addition to its social media activities, Gitti has begun producing content marketing. With “the good good,” Baum-Minkus started a digital magazine on sustainability issues, where an in-house editorial team reports on their favorite products from bloggers, like beauty products containing fermented ingredients, provides beauty tips and focuses on lifestyle trends, like the dangers of using nail polish when pregnant. The team also presents products from other manufacturers, while there is, of course, the odd mention of Gitti nail polish colors.

The long game of sustainability

According to Baum-Minkus, the influx of attention and the impact of the corona pandemic, e.g. widespread closures of nail studios and a tangible shift towards DIY and online shopping), has helped Gitti’s revenue grow by 600% in the second half of 2020. Baum-Minkus currently employs over 20 staff members, but declined to provide any additional figures when asked. On the whole, she says that the success has given her confidence to pursue her grand vision: “to make Gitti the most-sustainable beauty brand on the planet.” “In the beauty industry,” Baum-Minkus says, “the biggest factor that impacts growth is the use of natural substances. Germany has always been among the leaders in natural cosmetics. We are now seeing another wave of innovation here and the performance of many products is increasing considerably.”

Baum-Minkus wants to focus further on the trend with Gitti. “In my view, it’s not only the substances that are decisive. To create products that are genuinely sustainable, the packaging also has to be overhauled.” She has devoted considerable effort to packaging, product packaging especially, since the company’s founding. “I knew from the beginning that the product needs to be social-media ready. The nail polish vial is flat so it can lay on the table and be easily posted to social media.” In the community, Baum-Minkus just issued a call for pitches for new shipping packaging. as Gitti nail polish also needs to be shipped sustainably–while continuing to elicit an emotional reaction when unboxed. Which new packaging pitch ends up winning, will be decided not by Baum-Minkus, but by the community.