Facebook has slashed its attribution window, in an apparent response to the shortening lifespan of cookies and an unpopular Apple update

The timing’s not great. Right before the start of the all important Q4 with Black Friday and the Christmas shopping season, Facebook dropped a bombshell for online marketing makers: beginning October 12, Facebook will be slashing its attribution window from 28 days to 7 according to several reports and Facebook itself. On the surface, it may sound like another nerdy marketing tech topic. In reality, the consequences are severe for everyone who runs ads on Facebook. Today, we’re taking a look at the latest and had a Facebook marketing expert weigh in.

“Starting October 12, Facebook will default your attribution window to 7-day click and phase out the 28-day window option,” that’s how Facebook apparently informed ad customers stateside of the change. That copy, as well as screenshots, have been making the rounds across Twitter and in online marketing Facebook groups for the past 72 hours. Search Engine Journal, a trade publication from the US, also reported on the mail. We at OMR reached out to a public relations firm that works closely with Facebook, but they could only refer us to the official Business Help Center, which also includes the update. The only further comment we received from the PR firm was, “We are currently not in possession of an additional statement on the matter.”

What may sound like a trifling matter for laypersons has the potential for devastating consequences for some Facebook advertisers, simply because of the fact that transactions that occur outside of the 7-day window will no longer be attributed to the respective Facebook ad. The lack of attribution not only impacts how campaign performance is measured, but also makes optimizing ads on Facebook a very difficult proposition. 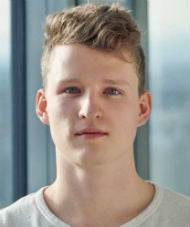 “Especially with high-priced articles, an upscale dress that runs for 800 bucks for example, the customer journey doesn’t just consist of one or two touchpoints and then a couple of days later a conversion takes place,” Jason Modemann from Munich based agency Mawave tells OMR. When in the future (after the update to the attribution model) customers click a Facebook ad and complete a purchase outside of the 7-day window, it will no longer be attributed to the ad on Facebook or Instagram. The update figures to impact the performance measurement and optimization of marketing campaigns in sectors that sell bigger ticket items: luxury goods, tourism and B2B for example.

The impact would seem to be felt by service providers as well. “It’s a major setback for us and one that could have severe consequences,” says Modemann. According to the company, Mawave provides Facebook marketing services for 50 clients and manages a monthly client budget in the middle seven-figure range.

The agency does use shorter attribution windows for many projects, “sometimes even 1-day after click,” says Modemann. Nevertheless, the update will have a massive impact on Mawave’s revenue: “We rely strongly on performance-based compensation and receive a revenue share from almost all of our clients, for whom we generate revenue via Facebook ads,” Modemann emphasizes. “Oftentimes, we use the standard attribution window. When conversions that occur outside of the 7-day window can no longer be properly attributed, we will see a significant decline in our revenue—I’d estimate somewhere around 20 percent.”

How soon will the update take place?

Facebook’s announcement is an especially bitter pill to swallow advertisers and service providers given the fact that it comes just before the start of Q4, the quarter in which the biggest shopping events of the year in terms of revenue take place: Black Friday and the Christmas holiday season. Further compounding matters is that the update will come into effect in less than two weeks. A small silver lining could be that, in the past at least, Facebook tends to phase in such updates over the course of several steps and across a longer time frame. Meaning that there is a good possibility that the update will not affect every advertiser by the end of the year.

Why would Facebook want to make measuring performance more difficult for its advertisers? You would think that it’s in Facebook’s interest to attribute as many conversions as possible to ads run on its platform to then further generate revenue. Apparently, it would seem that Facebook’s hand was forced on the matter. In its official announcement, Facebook writes that “Digital privacy initiatives affecting multiple browsers will soon limit the ability of businesses to measure people’s interactions across domains and devices. In support of these initiatives, Facebook is planning updates to attribution windows across our ads reporting surfaces. Among those limitations is the ability for businesses to attribute conversion events back to an ad over longer attribution windows.”

Did the update originate in response to Apple?

It appears that Facebook’s abrupt announcement was a result of Apple’s just as abrupt dispatch of the new iPhone operating system iOS14. Announced by Apple on September 15, it was sent to iPhone users as an update the next day—much to the chagrin of many iOS developers. As tracking and analytics expert Simo Ohava writes, all browsers since update iOS14 must implement the ITP (Intelligent Tracking Prevention) mechanisms from WebKit on iPhones and iPad, in which the deletion of first-party cookies is after seven days is programmed. Webkit is the fundamental technology behind Apple’s browser Safari. Already back in February 2018, Apple announced its plans to delete all first-party cookies in Webkit after seven days.

The Ads Insights API, the interface through which advertisers and providers of third-party tools are granted access to campaign reports, will continue to make the 28-day window option available “as a temporary workaround until the changes take effect,” according to the company.