Community building in Bavaria and Saxony

Lonely hearts searching for a flirt, or the man or woman of your dreams has long since been relocated to the digital world. Online dating / matchmaking / hookups is a billion-dollar industry dominated by dating apps like Tinder. But while the major mobile players reap the lion’s share, smaller portals with archaically designed forums continue to persist, exist and thrive in their niches. Joyclub is one such example.

Once registered, things start to get interesting. First off, there is ample room from a detailed personal description and a dozen sexual preferences to choose from. And if you think you can get off without giving up the goods, think again—Joyclub does not accept profiles that haven’t offered up enough of themselves. Dominated by reds and blacks and containing eight categories to choose from (e.g. Members, Dating, Groups and Forum, Photos & Videos, Events & Clubs and Chat) the stripped-down site design is perfect for a streamlined portal on sexuality, eroticism, fetishes and meeting/dating. 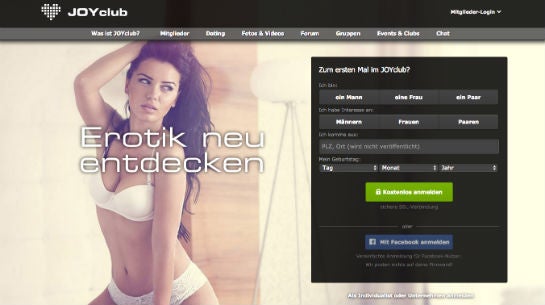 Data provided by various tools support the assumption that Joyclub is doing quite well. According to statistic service SimilarWeb, for example, traffic increased from 5.2 million uniques in June 2015 to 8 million in May 2017—and 60% of traffic is direct, i.e. users navigate to the site either through a previously set bookmark or by entering the URL directly into the browser). And that is significant as direct traffic is indicative of a brand’s strength and speaks for, or against, the number of loyal users a site has. 23% of Joyclub’s traffic comes from referrals, i.e. crosslinks, and another 16% from SEO. SimilarWeb’s figures provide another striking stat: users spend an average of 17 minutes on 23.5 pages at a bounce rate of a mere 20%. 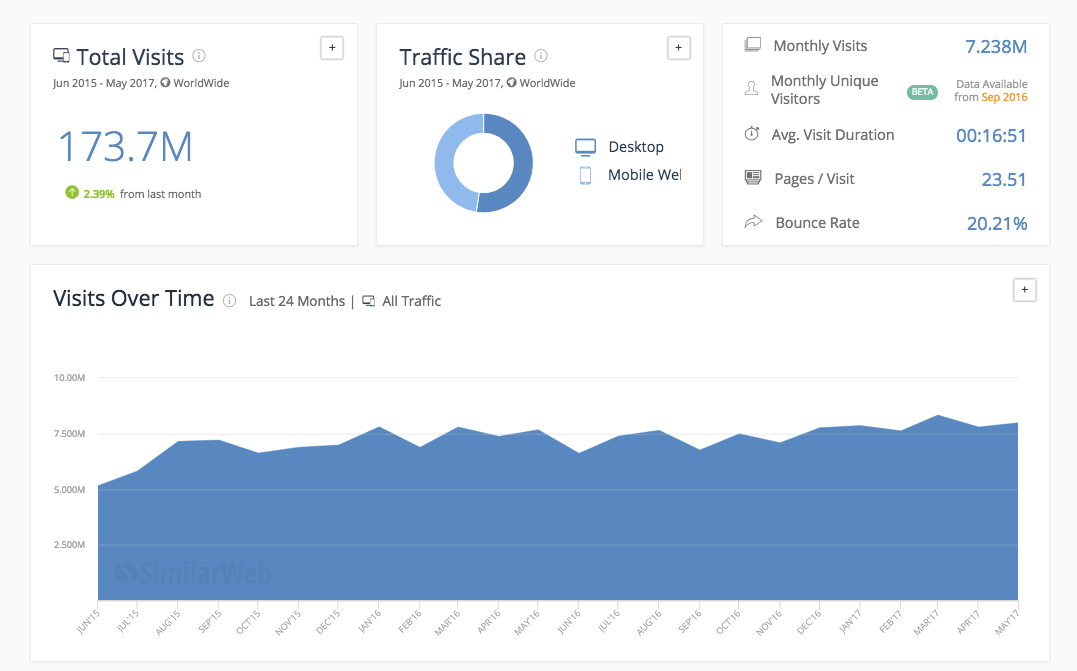 Traffic trends at Joyclub according to SimilarWeb.

Sistrix, a SEO tool, shows that Joyclub is set up well for SEO—even if it is only responsible for 16% of traffic. Its visibility index displays modest, yet normal fluctuations and is currently at 13,864 points as of June 12, 2017. Sistrix lists roughly 60,000 keywords and 329,000 indexed pages for the domain joyclub.de; 8000 keywords rank in the top-10. According to Google Trends, which provides a rough glimpse into trending interests at a given time, Joyclub beat out global hook-up artists Tinder over the past year in Germany.

So, how is a relatively small, unknown company from the German hinterland able to compete with big-time competition and create a community in direct opposition to current hype and trends? And which marketing channels drive growth, and which ones don’t—and how does the company monetize the site? To find some answers, we spoke to Nadine Ortlieb, Head of Content Marketing at F&P GmbH.

Strong brand thanks to organic growth and offline events 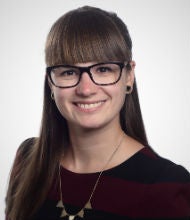 “It was of course a big help that our focus on erotic topics came from the community itself. As it crystalized, we provided users with a moderated and protected space from the beginning,” says Ortlieb, who has been a part of the Joyclub team for 5 years. “Word got out and started attracting new members. To this day, word-of-mouth marketing is our strongest channel.” At present, she says, there are some 2.5 million registered members, 650,000 comprise the core group of daily users, while 1000 new members join each day. Solid figures in an age where online dating is increasingly being carried out on apps like Tinder and Lovoo, while Facebook’s groups fill the role of web 2.0 forums.

One significant factor to the company’s growth is the event calendar, where “clubs and organizers publish their events. When they offer Joyclub members a 10% discount, their post is highlighted.” This doesn’t put money in F&P’s pockets directly, but it does provide them with new users interested in saving money. Ortlieb says there are about 1000 events listed in the calendar at present. “For many of the events, we are involved in an offline capacity as on-site sponsors, which further solidifies the brand. At such events, generating registrations is not a priority.” Joyclub also has a logo that it provides to certified clubs and events, thus generating a presence on many websites, much in the same way a product test winner places the logo of the certifying third party on its website.

Due to the high external impact of the calendar, it’s become one of Joyclub’s flagships. Nadine Ortlieb added, “in the future, being a registered user will no longer be a requirement to register for events through our site and to book a spot. This will help us drive even more traffic to the calendar. Obviously, we’ll be happy if we get a few more members in the process.”

The calendar’s effectiveness is further boosted by an event widget that organizers can embed on their own website. Furthermore, clubs have the option of acting as an affiliate partner for Joyclub. Ortlieb says this channel generates 5-10% of all new registrations.

How does Joyclub make money?

Joyclub’s monetization model is based nearly entirely on subscription models. In addition to the free basic membership, there are plus and premium memberships available. “A total of 35% of all members are paying members, 10% are women, while the rest are either men or couples.”

The portal does not presently monetize its reach via Google Adsense etc. The logout page of Joyclub, which many sites fill with banners and the like, is full of discount and rebate codes from discount portal sovendus.de. “We place discount codes from the Sovendus network on our logout page, and other partners place discount codes to Joyclub on their sites. It’s not a source of income, but rather a type of affiliate network and traffic exchange,” says Nadine Ortlieb. The Fanshop also does not yet play a role in the monetization of the site and is used purely as a means of boosting member loyalty.

Additionally, the Joyclub editorial staff has published a sex and lifestyle blog since August 2016. While it’s no secret that Joyclub is behind the blog, cross-references and crosslinks are a relative rarity.

Difficulties on Social Media, SEA and what doesn’t work

Although there are occasional successes with social media campaigns, like the “Liebeskugel (Loveball) Challenge” or giveaways that incite users or even influencers to become partners in the erotic industry, the options available on social media are severely limited according to Ortlieb. “If we are having a good month and if Facebook (22,800 fans) approves our ads, we try to invest what we can and would like to do so more often. But we usually never get the chance. On Twitter (7420 followers) the situation is crystal clear: we aren’t allowed to advertise.” The story is similar with Google AdWords: “We develop new measures regularly, but because of the relatively strict guidelines, it’s exceedingly difficult” [to get them approved].

Video has thus far been devoid of success entirely. “We tried making educational videos and location visits, but YouTube blocked the account, and Vimeo followed suit soon after,” says Ortlieb. A promotional plug for the movie release of Fifty Shades of Grey was also unsuccessful, and the spots they tested on niche TV channels were pulled soon after they started.

For the past few weeks, Joyclub has been trying its hand as a sponsor for a radio show on sex in Germany called “Lets talk about Sex”, which runs jingles that presents Joyclub as a partner. Furthermore, the community provides interview partners, survey results and other figures.

What are Joyclub’s plans for the future?

This year Joyclub is planning on taking the leap into the world of apps. “Joyce” will be available for iOS and Android, and will also have a stripped-down mobile version of the desktop portal. The exact release date has not yet been announced however. One thing, though, is certain: in spite of several serious, and some not so serious offers, F&P GmbH has no intention of selling Joyclub. “We have too many ideas that we want to make happen,” says Ortlieb.