From the battlefield to the boardroom. How former soldier Adam Singolda built Taboola 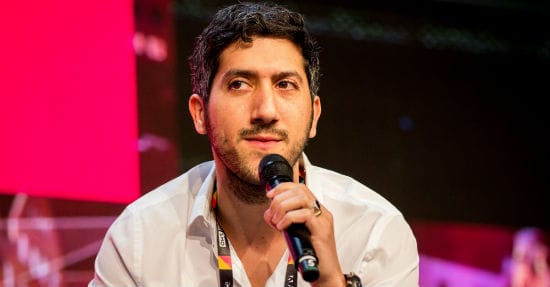 Adam Singolda spent 7 years in the Israeli Army as a tech analyst. In 2007, not even a year after getting out, he founded Taboola, a content discovery startup and just a few months after that, he packed up and set off for New York. A decade later, Taboola has expanded its global workforce at its 14 locations to 800 and is projected to hit over USD 1 billion in revenue this year. In this episode of the OMR Podcast, he talk about the industry is changing to accommodate ads at the end of articles, why Facebook is his company’s biggest competitor and why an IPO doesn’t make sense at present.

After leaving the military, Adam Singolda lived with his parents in Israel and bought himself a new, shiny TV. But the shows he wants to watch are nowhere to be found. His realization: why should he be searching for content? It should be searching for him. “That was the beginning of Taboola in so many ways,” he recalled when he sat down with OMR founder Philipp Westermeyer. “Stuff should be finding us because we only have 24 hours a day.”

To address and solve exactly that problem, he founds Taboola in July 2007. The startup enables publishers to embed content at the end of an article, so-called content recommendations. Simply put, these recommendations are suggestions for additional, related articles from the same publishers or content from third parties. But it’s no longer just articles as videos or product pages from online shops are now also commonplace. And it’s only when a user clicks one of the suggested content pieces and leaves the website tha Taboola cashes in on a CPC basis and shares the revenue with the publisher.

In the past few years, the business model has been on the receiving end of a lot of hype, which quickly drove the company beyond its startup status. The company raised USD 117 million in its last financing round of financing, achieving a valuation of USD 1 billion.

The competition, however, is heating up. Outbrain, arguably its biggest competitor, is also from Israel, is active globally and raised nearly USD 200 million. However, Adam Singolda sees Facebook as his largest competitor: “I call my space Discovery. And compare myself to Facebook and Instagram.”

The alternative to the “walled garden” for publishers

As publishers continue to resist dependency on the Facebook and Google ecosystems, alternatives are becoming increasingly attractive. “If you as a publisher add another spot on the page and that’s your growth strategy, you might not be here in two or three years,” says Adam. But it’s not just about static content. Especially in today’s mobile age there is no getting around video. “If you are not investing in video revenue you are risking your future.”

Check out Adam in the OMR Podcast to hear what other strategies he recommends to publishers, how his company is addressing the “Fake News” problem and what he has to say about the rumors of a fusion with Outbrain.

The OMR Podcast with Taboola founder Adam Singolda at a glance: